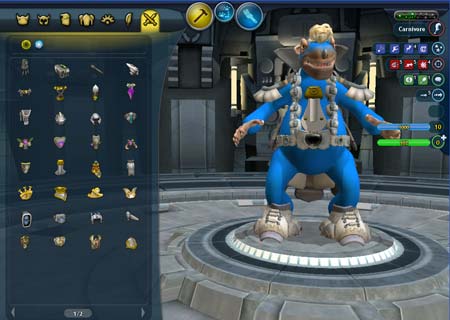 The creatures have done it again! The popular Spore Galactic Adventure was introduced just a month back and it has already made news of sorts. The title is making waves in the gaming industry with over 100,000 user-created adventures. With the title’s Adventure Creator, players have let their imagination run wild and created some pretty good missions.

There are loads of great and wacky adventures like Valley of a Thousands Deaths, The Silent Beacon and The Fog. Gamers can play these missions through Sporepedia in the game’s website. The Spore Galactic Adventures expansion pack builds on the original Spore game. This title allows players to explore fun new planets while transforming their creations into battle epic monsters and space captains. They can even battle against each other in planet-side races.

Gamers can earn experience in each mission which will help rank up their captain. They will also be able to gather game-altering items like Swarm Magnet and Plasma Pulser. Besides the offering in the game box, users can also download brand new adventures. These have been created by the writers of Robot Chicken. The website includes loads of fun content like news, contests and more downloadable adventures.

Spore Galactic Adventures are compatible with Mac and PC and has an E10+ rating. This title needs the original Spore game in order to play this adventure. The game has a price tag of $29.99.