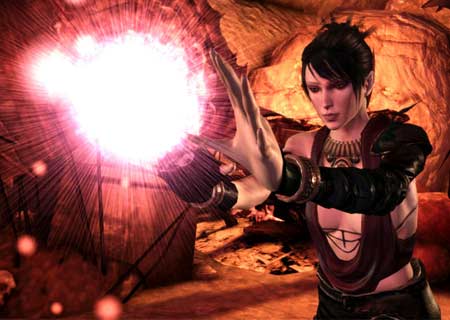 Just last month, we had reported that Dragon Age: Origins is expected to get new downloadable content this holiday season. And right enough BioWare delivers. The company reveals that the Return to Ostagar DLC for Dragon Age: Origins would hit the gaming scene early January next year.

“We are thrilled at the way the fans have embraced Dragon Age: Origins and we’re excited to welcome them back into the game. Return to Ostagar represents BioWare’s commitment to providing a steady stream of compelling post release content as we continue to expand the Dragon Age universe,” stated Aaryn Flynn, General Manager and Vice President, BioWare Edmonton.

Return to Ostagar transports gamers right to the heart of the fateful battleground in Ostagar. This very place once saw the Grey Wardens nearly meeting with a deadly fate. They will be able to espy the top-secret political agenda of King Cailan. Gamers will be put right amidst enemy territory to battle against the mysterious foes.

The latest DLC namely Return to Ostagar for Dragon Age: Origins will unfurl on January 5, 2010 for 400 BioWare Points on the PC and 400 Microsoft Points for the Xbox 360. The offering will cost $4.99 when it hits the PlayStation Store later in the month.