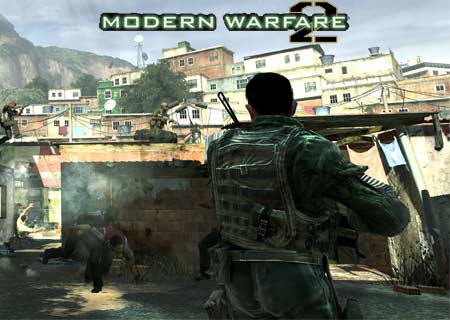 Modern Warfare 2 has certainly generated quite a hype even before it could make its official release last month. Definitely one of the most awaited games by Infinity Ward, Modern Warfare 2 got more than 8 million active players within the first five days itself. Now according to TorrentFreak, Call of Duty: Modern Warfare 2 is the most pirated game this year on the PC as well as the Xbox 360.

It is claimed that there were nearly 4.7 million units sold in the UK and US within the first day itself and hence acquired revenue amounting to $310 million. The game release made history of sorts by sailing past the earlier record holders like The Dark Knight and Harry Potter and the Half-Blood Prince.

There have been loads of pirated copies flying off BitTorrent since its release. According to the website, there were 4.1 million unauthorized downloads of the PC version of Modern Warfare 2. The game topples last year’s winner namely Spore by more than double. Modern Warfare 2 has become the most pirated game this year even though it unveiled just last month.