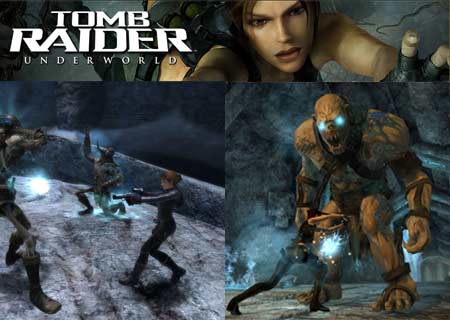 Fans of the lead character Lara Croft and eager gamers can look forward to this new saga unveiled by Eidos Interactive. The company brings out yet another adventure to its highly acclaimed Tomb Raider franchise called Tomb Raider: Underworld. The game will be released as part of the Classics range and Platinum range for Xbox 360 and PS3 respectively.

Players discover that the Norse underworld and the Hammer of Thor are no longer a myth. They find proof of their existence and continue on a journey to a forgotten power that should not be unleashed. Filled with adventure and action, this game is designed to keep players glued to their TV sets for hours.

Tomb Raider: Underworld is developed by Crystal Dynamics and is available for a price of £19.99.