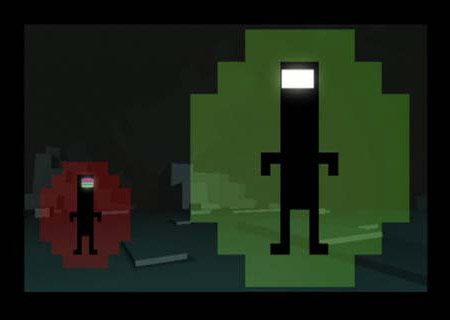 Once again Nintendo brings to audiences its much awaited line-up of games. This week we see the likes of Bit.Trip Void, Harvest Moon: My Little Shop, Little Tournament Over Yonder and Learning with the PooYoos: Episode 1 entering WiiWare. The Virtual console gets two titles namely Super Mario Kart and A Boy and His Blob: Trouble on Blobolonia.

Bit.Trip Void is published by Aksys Games and is the third title in the Bit.Trip series. The retro-arcade game lets gamers explore music and rhythm as they occur in our day to day lives and moods. They can freely hover around the screen interacting with music in new ways through a control scheme. There is also a four-player co-op where more than one gamer can test their survival skills with the bombardment of Beats.

Published by Natsume Inc, Harvest Moon: My Little Shop is a single player title which takes place in Clover Town. Players own their grandparents’ farm and shop and see that the magic of the Harvest Sprites have disappeared. It is up to them to raise crops and animals and then sell them at their shop. Gamers can also offer their customers wild fruit juices, towering ice cream cones and extravagantly decorated eggs. This is possible in a series of fun activities that are executed through the Wii Remote. The money earned can be used to purchase more animals or crops or even decorate their shop. They can also espy some well known faces from the Harvest Moon series.

Little Tournament Over Yonder lets players take on the role of a young prince or princess as they head their team to do battle. This Gevo Entertainment published game allows them to form strategies and deploy their units for advantages. The title enables gamers to form a team, hire new units with different powers, level them up with battle experience. Players can engage in either Single-Player Tournament or 2-Player Versus match.

Learning with the PooYoos: Episode 1 is published by Lexis Numerique and aims at children aged from 3 to 6 years old. This poetic brain trainer for the tots teaches them developmental basics like numbers, lateralization, colors, letters, shapes, etc. Children are exposed to the PooYoos who are a merry band of adorable baby animals. They also get to dance with the animals and enjoy interactive rewards as well. Depending on the age and level, the game boasts of two interactive levels.

Super Mario Kart was originally fashioned for the Super NES and offers gamers eight characters from the Mario games to choose from. The title brings various driving styles and allows them to compete in three championship cups in three different kart classes. A fourth circuit can also be unlocked called the ultra-tough Special Cup. There are many obstacles and special power-ups along the way. The races can be conducted in either multiplayer or Battle Mode arena. Super Mario Kart offers over 15 tracks for players to master.

The second virtual console title is A Boy and His Blob: Trouble on Blobolonia which was earlier designed for the NES platform and published by Majesco Entertainment. This single player game sees Blob descending in search of an Earth boy who would save his world. Discover hidden treasure and battle evil in this classic game. The jellybeans eaten by Blob transform him into different forms depending on the flavor. This comes in handy when overcoming obstacles.