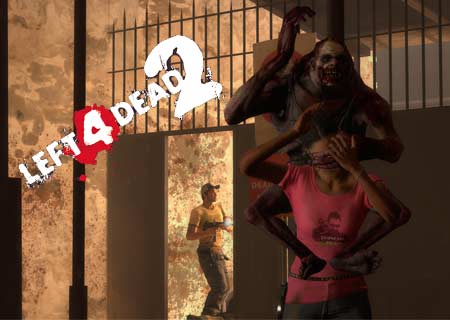 Left 4 Dead 2 first caught the fright and intrigue of gamers when it was announced back in June. The undead are back and now creeps into stores across North America as well as Steam worldwide.

Left 4 Dead 2 is fashioned specially for the PC and Xbox 360 is expected to raise the bar of co-operative action titles. The game features melee combat for a great co-op experience and allows gamers to wield weapons such as axes, chainsaws, baseball bats and frying pans.

The AI Director 2.0 has the ability to alter weather effects, pathways and world objects. It can also change the enemy population, sounds and effects. This makes the game more challenging at every corner.

Left 4 Dead 2 also brings to players new Survivors, weapons, items and Boss zombies. The game boasts of better gameplay elements which are set to outdo the original title. This includes the more co-operative campaigns and Versus campaigns. New Survival maps and competitive game mode Scavage are all packed into this horror title.

The game is set to attack stores worldwide later this week. No word yet on the pricing details of Left 4 Dead 2.