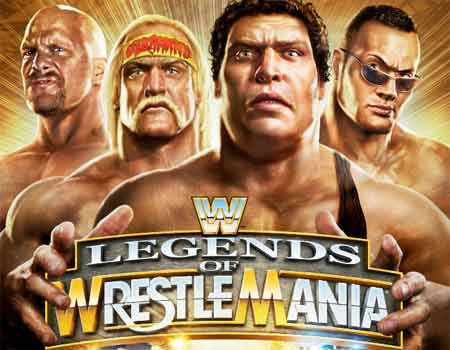 Legends from the world of WWE will be stepping their foot in India in the form of game characters as Legends of WrestleMania is soon going to launch in the country.

The release date of the wrestling game for India is set to March 24, 2009 when it will be launched for Playstation 3 and Xbox 360.

Characters from WWE SvR09 can be also imported into the Legends. Originally the Legends of WrestleMania brings a total of 38 playable Legends. There are 45 importable male wrestlers from the SvR09 and that makes a total of 83 playable characters.

Players can also import the Superstar they have created in the SvR09.

The legends in the game include professional wrestlers form the 1980 and 1990s who wrestled in the what was then known as WWF (World Wrestling Federation) which is now WWE.

Scheduled for a March release around the globe, the game will be published by THQ and is being developed by YUKE’s Future Media Creators.

The mobile version of the game is also in the making.