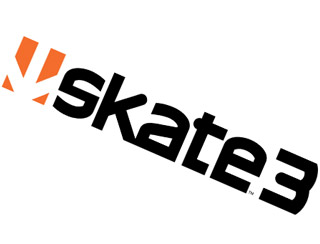 Back in July we had reported a rumor about EA soon coming out with the third installment of its Skate franchise. Well this exciting buzz is true! The company revealed that the name of their latest game is indeed called Skate 3. It was also confirmed by EA that it would release in May next year. The title is set to bring all the skateboarding action off the streets and right onto the gamers’ television screen. The new title lets players team up to erect the ultimate skater crew. This can either be done online as well as offline.

Skate 3 includes team-based challenges and allows gamers to compete against rival teams as they leave their trademark on Port Carverton which is the brand new skater’s paradise. There some good news for all those eager player who pre-order Skate 3. They will be able to get an unlock code which is the gamers ticket to the iconic Black Box Distribution Skate Park. Not only that, players will also gain access to the home turf of Zero, Mystery, and Fallen skate teams. Black Box Distribution was established by Jamie Thomas in 2000. It also distributes and houses some big names in the skateboarding world.

Senior Producer, Jason DeLong stated, “The social and community aspects of the Skate franchise are something we’ve always embraced, but we’ve never done anything to the scale you’re going to see in Skate 3. We’re giving gamers a very unique experience by providing them with the tools they need to build their ultimate team or to create a team comprised entirely of their online friends. From there, it’s all about proving yourself teaming up, and throwing down.”

There is a new co-op mode in which players can take up and finish challenges united. This also helps advance the players careers. The game also includes a new Hall of Meat mode which entices both pros as well as amateurs. It also comprises of Create feature suite which is an innovative toolset. Players can create their own graphics, videos, and skate parks.

Skate 3 is set to release on the PS3 and Xbox 360 consoles when it releases next year.