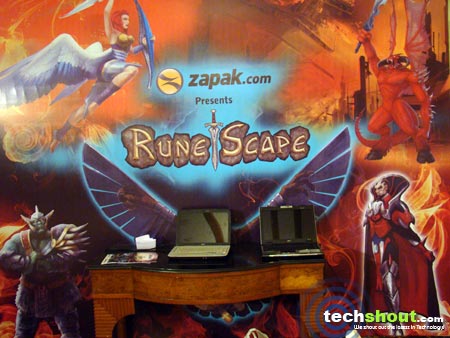 Zapak Digital Entertainment brings to Indian online gamers a great treat. At an even held today in Mumbai, India the company along with Jagex Games Studio unleashed the massively multiplayer online game dubbed as RuneScape. According to the companies, the title is the world’s largest free MMO and is recognized by Guinness World Records as being the world’s most popular free MMORPG.

Zapak is the exclusive distribution and marketing partner for the game in India. Besides the COO of Zapak Rohit Sharma, the launch also saw the likes of the Chief Operating Officer of Jagex Games Studio Rob Smith. The event was graced by the Bollywood actor Aftab Shivdasani who unveiled RuneScape.

The popular MTV Roadies namely the 7th season also got in on all the online action. The reality show which airs on the youth television channel also announced their collaboration with RuneScape. The first 7 levels incorporated in the gameplay of the acclaimed title features the 7 deadly sins of the MTV Roadies taking place this year. The show is famous among the youth of the country and comprises of many tasks and twists which are also seen in the RuneScape.

Rob Smith, Chief Operating Officer, Jagex Games Studio commented, “Indian gaming industry is growing very fast and according to the recent FICCI-KPMG Media & Entertainment Industry Report the gaming industry is expected to grow over four-fold to reach INR 27.4 billion in 2013. RuneScape has been developed to appeal to multiple demographics and it will make its mark in India. India is an important market for us and who else better than Zapak, the top gaming company in India, to partner with to launch the same in the country today.” 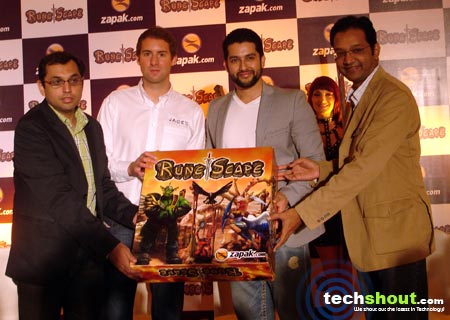 Rohit Sharma, COO, Zapak Digital Entertainment Limited stated, “Runescape is amongst the top online games in the world. With over 6 million users a month it is the worlds second largest MMOG (Massively Multiplayer online game). We are very excited to exclusively launch this game in India. This is line with Zapak’s continuous endeavour to provide the Indian consumer with world class gaming content.”

Anuj Poddar, SVP–Strategy & Business Development, Viacom18 Media Pvt. Ltd added, “MTV Roadies is a brand in itself and we see a great fit of our flagship show with Runescape as both target adventure & youth. This association lends some of the most exciting tasks, twists and rage to the game’s first seven levels and shall further sustain the excitement for all Roadies 7 & Runescape fans!”

The latest title brought to India by Zapak is developed by Jagex Games Studio. The fantasy title is a graphical browser game which boasts of 3D rendering and is used on the Java application. The company reveals that there are nearly 104 million active accounts. The title first made its appearance in the gaming market back in 2001 and since then has been entertaining 150 million gamers.

Zapak brings to India two versions of the game namely a standard as well as a premium version. The former RuneScape version lets gamers be engrossed in many hours of gameplay. The premium version provides exclusive member only quest, houses, skills and advances social interaction. All these features come with a particular few. Starting today fans of MMORPG games will be able to fully immerse themselves in the title.