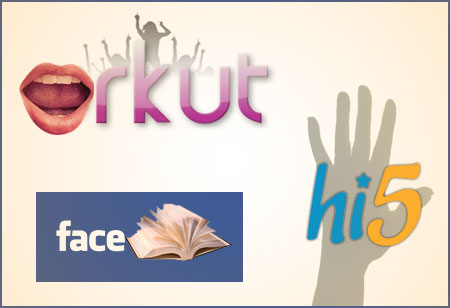 As we enter a phase of the digital era, the term Web 2.0 has become as nauseous as the word ‘dotcom’ had become in the late nineties. One thing that has powered this phase of the internet evolution is social networking. Humans have formed communities from the time we have descended from the trees and when we went online, it was natural that we formed communities on the web too.

From the beginning of this decade, hundreds of social networking websites have begun operations. Some have grown into enormous communities, a few have evolved into something different from what their creator had originally intended and some have shut shop. When email and chat were introduced to the masses, though people were amazed by the technology, there was always some kind of controversy.

Let us initially look at the glass half full and glance at the positives first.

1: Old Friends: The Major purpose of the emergence of these sites was primarily to allow users to connect to their long-lost friends from school and college. And this purpose was exploited to the core by many users and it brought back old friends together.

2: Society and New Friends: After fulfilling the main purpose, the sites also gave users access to communicate and interact with strangers, similar to a chat system or messenger, the social networking sites opened the gates for people to connect to users worldwide who could access pictures and detailed profile updates which gives an insight into the persons personality, likes and dislikes.

3: Jobs and Opportunities: This may sound a bit absurd but its true, few of them even have got lucky in regards to getting jobs and its has been a blessing in disguise for bosses to do a background check to know about the person they plan on employing. After bumping into various accounts and making new friends, one is sure to be offered some option or the other which may ultimately result into a job offer and to add a feather to the cap, the world of internet also brings in sites that not only link you to your near and dear ones but also offer job offers and opportunities, for instance, sites such as LinkedIn.com

4: Activities and Hobbies: Communities have been a common feature amongst social networking sites and people sharing same interests and hobbies can come together to discuss their interests and offer help in regards to details/centres of hobby classes such as dance, craft, language, etc.

5: Matrimony: Hard to believe? But it’s true, few people even end up in matrimony after meeting up on such sites that let them interact and if Cupid is kind, then love can strike along with blissful marriage. Marriages fixed over the internet are not a new tradition and social networking sites have stepped up to play the same role that matrimonial sites work on.

6: Advertisements: Advertisements seem to be everywhere, but where the advertisement is placed stands of major importance. If social networking has gained a lot of popularity, basking in its glory, advertisers get the benefit of placing their ads on such sites, thus adding on to popularity charts.

7: Pictures, Videos and Entertainment: The networking sites aren’t just fixated with the main purpose; they have gone ahead and explored their options by giving options to the user to upload images, videos and entertainment content on their profile pages. Photographers get a platform to display their creativity and other creative masses get to share their talents using the video upload option on the sites. 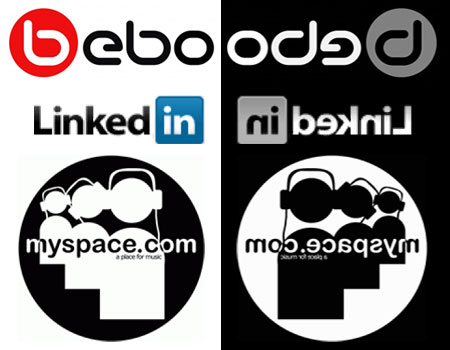 Here is a list of the dark areas of social networking:

1: False Profiles: Most of the websites are open to everyone, which means anyone can sign up. That’s good but what happens is that users can sign up as someone who they are not. Take for example the case of Megan Meier, a fourteen year old who killed herself after her MySpace friend, Josh, was harsh on her. The interesting thing here was that Josh was a fictitious character and the profile was created by her neighbor.

2: Strangers: One of the things that children are taught when growing up was never talk to strangers but with the advent of social networking websites that caution is of no use. Though one of the main features of social networking websites is to meet new people and this is where all the confusion begins. A portion of the users prefer to connect with people whom they know but there is one more stratum of users who would prefer to meet new people. It is not wrong to meet other people who share the same interest but the anonymity offered by these websites, it can lead to a lot of issues.

3: Spam: Yes, that spam is a four letter word that we face when we use any electronic means of communication. We have idiots mailing us discounts on certain drugs to telemarketers selling us loans, heck we even have people walking into our offices shoving unproductive tools! But when it comes to social networking, the bar is set a little higher (or lower)! MySpace users always have been spammed while Orkut users, especially the ones India, woke up to spam, most of which was in Portuguese. Comparatively Facebook has less spam, but it does have its share of spammers.

4: Defamation: Anything and everything has its share of exploitations. Earlier we discussed users making profiles of fictitious users. But one more issue that has crept up is users making profiles of other people, all of them with some malicious intent. In India, spurned lovers, most of them boys, have been known to create a profile of the girls (in some cases, guys) who rejected their advances. These profiles would have all the information about the person. The profile would then start offering services or contact that victim’s friends and then doing wrong things and sending wrong messages that would then malign the victim’s image.

5: Privacy: Social networking websites offer users all the gears necessary to put as much personal information as they want. Now most of the sites do allow the users to control who sees the information and who doesn’t. But then, it also becomes a Catch-22 situation, since on one side the users register on social networking websites to meet people who have similar interest or find someone they can relate to, but if the users don’t reveal information to new people then it totally defeats the purpose.

It is a must for one to check both sides of the coin as that will provide the person a clarity and he/she can take a calculative decision. The sites may possess certain bad points and also get the halo effect with its plus points. However the sites will yet remain popular and people yet continue using such sites as it has become a social requirement for one to own an account in one of these sites. But all in all, the sites are not that bad as they look like and they are definitely good for having a light-hearted time with close friends and family members and the ones who are daring to explore can even explore this arena further and get to know different people, cultures, communities, etc.