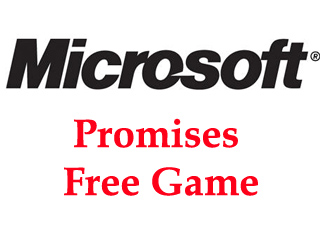 Here’s some great news for all the Xbox 360 users who faced a downtime of Xbox Live over the past few weeks. Microsoft has announced that these 8 million users will be given a free game each to recompense for the goof-up.

In the recent past, there have been a lot of Xbox and Xbox 360 gamers who have been irate over the entire downtime issue. Speaking about the problem, Xbox Live General Manager Mark Whitten maintained that all this was thanks to a “massive increase” in the amount of new users during the holiday time.

According to Whitten, “While the service was not completely offline at any given time, we are disappointed in our performance.”

Prior to the holiday season, Xbox Live had 8 million users who each paid $50 a year to play on the Xbox Live service.

Though its yet not known as to which game will be offered for free download to the users, what’s known is that the games range from $5 to $20.

It’s still a little vague whether users will be able to download a game of their choice or they will be given a single option or a choice of several titles. Stay glued to TechShout.com for future developments on this topic.