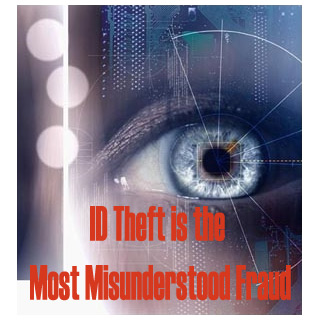 Even though the total number of identity-theft cases seems to have decreased, several consumers and financial institutions still are not doing enough to prevent the occurrences of them.

At a recent banking industry conference hosted by the American Bankers Association in Scottsdale, Ariz, speakers explained the constant cat-and-mouse game in which internet corks discover new methods for fraud as banks and other financial firms take care of their defenses.

Furthermore, the speakers added that in a number of cases, consumers don’t have a good grasp of the risks.

“Identity theft is the most misunderstood fraud,” said James Van Dyke, president and founder of Javelin Strategy & Research, speaking at the event.

Though the per-capita incidence of fraud has actually gone down, the consumer concern has gone up, with 77 percent of respondents in a recent survey saying they feel that identity theft is increasing, said Van Dyke. He further added that there are a number of persistent myths such as:

But all the same, internet assaults from criminals continue. Richard Telljohann of Tivoli Security Market Management said researchers in 2006 identified 7,247 new “vulnerabilities” that could be used to exploit computer operating systems, networks and the like. These include malicious codes, worms, spam and phishing.

According to Peter Cassidy, director of research at TriArche Research Group, phishing schemes continue to grow and include crooks exploiting victims by hitting the right chord, such as shared ethnic or religious backgrounds.

Phishing prospers since because studies have shown that consumers can’t easily detect fake websites, Cassidy said. A number of people do not end up checking security certificates or internet addresses and otherwise let their guard down.

Consumers and financial institutions don’t always take all the necessary safeguards, speakers at the seminar said.

For instance, criminals who take over someone else’s financial accounts usually do so by first changing the mail address linked to it, Dyke stated.

However a recently conducted survey stated that less than one-third of large banks and credit unions mentioned that they alert customers by sending notice of a change to the customer’s old address.