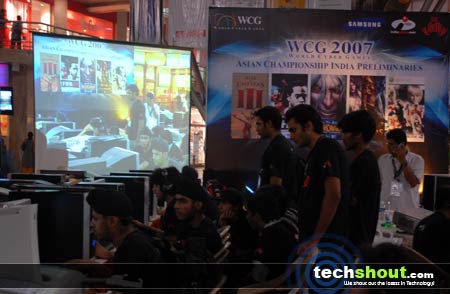 On Monday, the India National Finals for the WCG Asian Championship kicked off. Leading Indian online and mobile games company Indiagames carried out the event at the renowned Nirmal Lifestyle Mall in the bustling city of Mumbai.

In a blend of solo and mix titles, gamers from around the country competed in everyone’s favorite titles FIFA 07, DotA All Stars, War Craft (Frozen Throne), Age of Empires III on the PC and Dead or Alive – 4 on the Xbox 360 platform. 8 to 10 players represented each Indian city. DotA All Star – a strategy game set in the medieval period, had 5 players fighting on each side, fighting a medieval battle to capture each other’s kingdom. 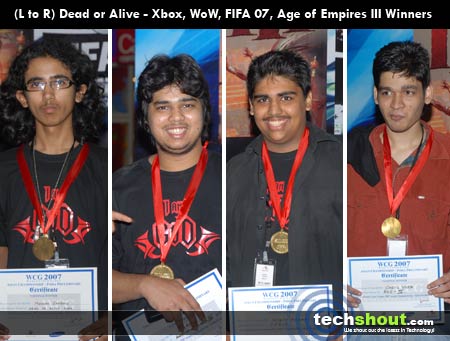 Present at the event were India’s top gamers who fought a cut throat battle to win the the much coveted championship. Setting the pace very early the Bangalore, Jallandhar and Hyderabad teams were very aggressive in their approach. But it was Bangalore who emerged victorious. The team comprising of Nilay, Rahul, Sharath, Vishak and Prasad were absolutely thrilled on winning the team event. In the individual events – Mannan Sandhu won the X-Box Dead or Alive, Pereira Reuben, Chotu Vora and Vaishnav Sagar respectively won FIFA 07, Age of Empire III and War Craft. They will now compete at the Asian Championship Finals in Singapore. 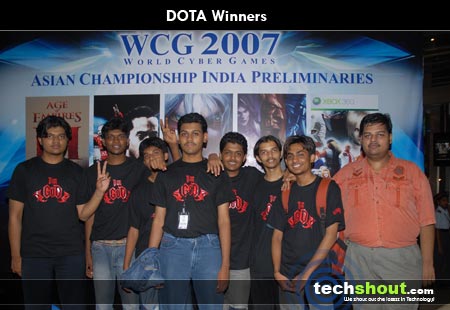 Present at the event was Vishal Gondal, CEO, Indiagames, who said, “The India final was one of the hardest fought gaming tournaments we have seen in recent times. Indian gamers are improving by leaps & bounds and we are confident that they will soon make a mark as professional gamers in the international scene. The Indian gaming scene is getting more intense year on year and the World Cyber Games provides an ideal platform for them to showcase their gaming prowess.”

What was really sad was that there were quite a few of the young gamers who didn’t have a passport fly and battle it out at the Asian Championship Finals in Singapore. Thus the mantle would be now assigned to the runners-up.

Now one thing that surprised us a little was that popular games such as Counter Strike and PGR3, which are favorites of most Indian gamers, were missing from the competition. Why so, one wonders!