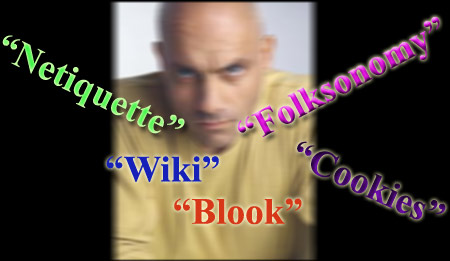 The second Internet-related word that makes people shudder is “Blogosphere”, the collective name for blogs and online journals. The word ‘Blog’ bagged the third position and ‘netiquette’ or Internet etiquette emerged in the fourth place. ‘Blook’, a book based on a blog came out in the fifth place.

‘Cookie’, which is a file sent to a user’s computer after they visit a Web site came in ninth, while the popular ‘wiki’, was placed in the tenth place.

For the poll, YouGov questioned 2091 adults in early June. This study was commissioned by the Lulu Blooker Prize, which is a literary award for books based on blogs.

Well, these words are certainly over-used in this age of the Internet. They sure do make things simple for those who know what they are all about. About these words being termed as annoying, we feel that people may be over-using them to a great extent.