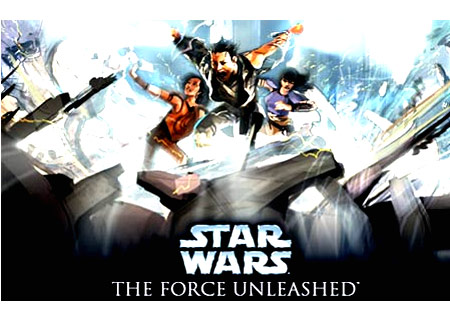 LucasArts has announced that Star Wars: The Force Unleashed will come to the Nintendo Wii platform in Spring 2008. With this new addition to Nintendo’s gaming platform, Wii gamers will get a chance to live out their Jedi fantasies by using the Wii Remote as a lightsaber while using the Nunchuk controller to torture foes with their Force powers.

Jim Ward, President of LucasArts said, “The Wii is a great platform for The Force Unleashed, because the console’s motion-oriented controllers really bring the game to life.” Adding, “We’ve worked hard to make the Wii version of the game unique in order to truly let you unleash the Force.”

In Star Wars: The Force Unleashed, gamers play the role of Darth Vader’s “Secret Apprentice” and they have to reveal new secrets about the Star Wars galaxy. The game’s expansive story is set during the largely unfamiliar era between Star Wars: Episode III Revenge of the Sith and Star Wars: Episode IV A New Hope. In it, players will assist the iconic villain in his quest to rid the universe of Jedi – and face decisions that could change the course of their destiny.

Krome Studios in Australia is developing the Wii version of The Force Unleashed. This version will also include a special duel mode in which players can have a cut throat battle with their friends to determine the ultimate Jedi Master. Krome is also working on the PS2 and PSP versions. n-Space, Inc. is developing a version for the NDS. The title will be available on the Xbox 360 and PS3 too.