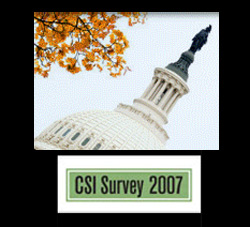 On September 14, the Computer Security Institute released its 2007 report that states that the average annual loss reported by US companies in the 2007 CSI Computer Crime and Security Survey has more than doubled.

The survey found that financial fraud has overtaken virus attacks, making it the source of the greatest financial loss. And, losses related to viruses have fallen in the second place, after being the leading cause of loss for the last seven years. Yet another significant cause of loss was system penetration by outsiders.

Key findings of the 2007 CSI Computer Crime and Security Survey at a glance:

According to Robert Richardson, CSI director and author of the survey, “At a period when experts throughout the industry have been discussing with concern the growing sophistication and stealth of cyber attacks, here we have a couple hundred respondents saying they lost significantly more money last year.”

” There’s a strong suggestion in this year’s results that mounting threats are beginning to materialize as mounting losses,” Richardson added.