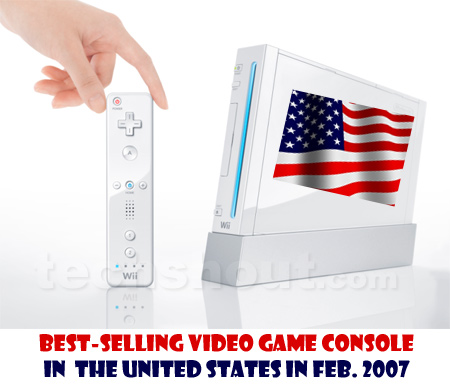 PlayStation 2 sold 295,000 units and the PlayStation Portable sold 176,000, markedly behind the DS, which had a sell-through of 485,000 units. Together, Nintendo systems represented 54 percent of all hardware sales in February, more than those of all other manufacturers combined.

“We’re gratified that the explosive appeal of Wii, in terms of both new players and new ways to play, has created unprecedented demand, substantially beyond supply,” says Reggie Fils-Aime, president, Nintendo of America. “But we also understand that there are hundreds of thousands of consumers still waiting to get their hands on the system so we continue to both ship more units to retail every week and work non-stop to build capacity.”

According to research company IDC, Microsoft’s Xbox 360 was the best selling current generation console for 2006 because it enjoyed a full year lead in the market. According to IDC’s study, called Worldwide Videogame Console Hardware and Software Forecast 2006-2011: Ready for a New Game, Nintendo is the only one of the three manufacturers working to grow its total accessible market for its hardware and software by broadening its audience beyond the traditional market.

With their new consoles, the three companies are in a cut-throat competition for dominance in the $13 billion U.S. video game market.