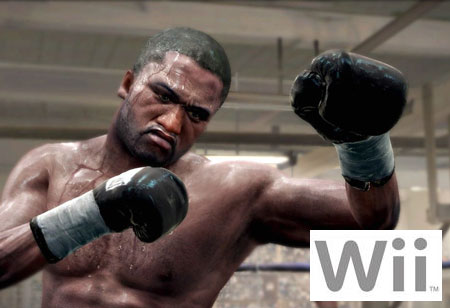 Michael Blank said “When you play Wii Boxing it is a very simple experience and I think that is what they designed it to be just to let you know that you can throw punches,” he says. “With Fight Night we have an amazing simulation of Boxing and so we need to take those Wii controls and tailor it to what the Fight Night consumer might want to experience. We are looking at it right now and I am sure you will something some time in the future on the Wii.”

Wii sports was a huge success so it’s not surprising that EA is considering releasing “Fight Night” on Wii This is definitely good news for all the Wii gamers out there who wish to add a little more punch to their game.