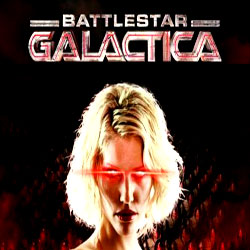 You must have seen the anime and you must have enjoyed the TV series. Now enjoy the game, as Vivendi is all set to publish Battlestar Galactica for the Xbox 360 as well as the PC. The game will soon hit Xbox Live Arcade (XBLA).

Thought the game will be released under Vivendi’s Sierra Entertainment brand, it has been developed by Australia-based Auran Games. The Battlestar Galactica Video Game will feature space dogfights as well as give players an option to choose to play as Humans or Cylons. The game will have all the sound effects from the TV series and apparently the size of the game could be more than 50 MB. That’s more than the allowed limit on the Xbox Live Arcade.

As the game will have levels based on episodes from the Battlestar Galactica’s first two seasons, Sierra will also offer updates after the game has been released. Vivendi has not mentioned the release date nor has it revealed the details about the price.