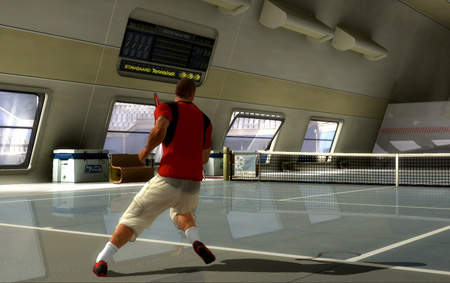 2K Sports, the publishing label of Take-Two Interactive Software officially announced that Top Spin 3 would be making its way to the PS3 and Xbox 360 next spring.

Top Spin 3 belongs to the well received Top Spin tennisfranchise. This announcement was made at E3 2007.

Top Spin 3 promises to immerse players in a highly realistic environment while delivering a visually and physically rich tennis experience.

Players are able to compete online as well as offline in Top Spin 3. A great new feature in this game is the unique user-generated component which allows gamers to use the new player creator to adorn their characters with free-form body sculpting, makeup and even tattoos. 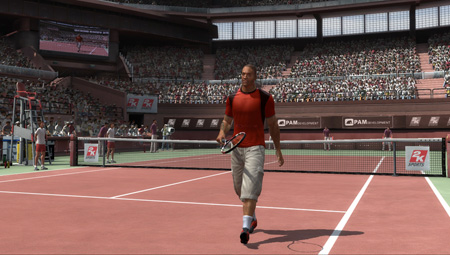 According to Christoph Hartmann, President of 2K, “This game transcends the boundaries of what has previously been achieved in the acclaimed Top Spin franchise by ensuring every detail is accurate, from the cloud cover to lighting, from sweat to dirt on clothing, to every drop shot, slice, lob and backhand.”

From the looks of the screenshots itself, the game promises to be very realistic and highly detailed. Top Spin 3 is being developed by Paris-based studio PAM Development.

You will be able to enjoy this next-generation tennis experience on Top Spin 3 when it releases in Spring 2008 on the Xbox 360 and PS3 consoles.