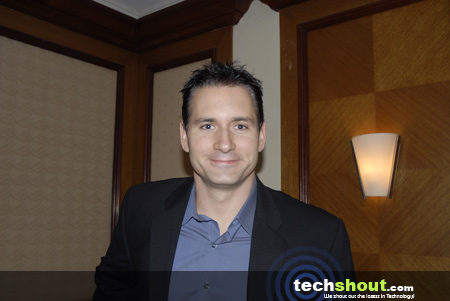 Recently we reported about the India Gaming Summit 2007 summit that took place in Mumbai last month. The event was the first of its kind for India and was organized by Zapak and IAMAI. The Summit brought all the stalwarts of the gaming industry in India as well as from abroad together under one roof.

Present at the Summit was David Christensen, the vice president of the business development and international operations at Sony Online Entertainment (SOE).

Christensen provided some valuable insight and his views on the gaming industry. He put up a wonderful presentation that depicted the history of gaming right from the days of the Nintendo NES consoles to the present day marvels which are none other than the Sony PS3 and Nintendo Wii.

In an exclusive interview with TechShout.com, David Christensen also revealed some important details on the upcoming Ramayana 3392 AD MMO game.

Some time back, we reported that Sony Online Entertainment had tied up with Virgin Comics to offer the India-centric Ramayan 3392 A.D comic book by Virgin Comics as a full-fledged MMO PC game.

Well that was all we knew at that time, but now read on to know some more juicy details on the much-awaited epic title.

Firstly when asked whether the game would be targeted mainly at Indian gamers, David Christensen said that even though it does have India-centric content, he hopes that a lot of people elsewhere in the world will appreciate it too. He explained that in the SOE office, there are several people who are huge fans of Virgin Comics, Ramayan 3392 A.D included. He feels it’s the story that matters and thus the game could definitely catch on with people worldwide.

David Christensen said that as of now since SOE is concentrating their energies on building MMO games. In fact, two MMO games which are currently in development are being developed for the PC and the Sony PS3 too. However, he did say that since the game is focused on the Indian market, SOE will first be introduced as a PC MMO game.

In the future when the PS3 market grows in India, the game should be released in that format as well. In fact, SOE was instrumental in building the PlayStation Network, which allows gamers to play with others across the world over this network. Christensen added that until SOE gets to know what sort of penetration is in India, the company will release Ramayan 3392 A.D on the PlayStation 3 platform as well.

A very interesting feature in the game could be the fact that it follows the free-to-play model. This means that the game could possibly be free to play and gamers will get a limited amount of content that can be played for free as well. Then, there will be areas which the gamer can see, but can’t play unless he/she pays up the money.

Christensen added that the business model of Ramayan 3392 A.D was not yet worked out. But, he did say that they would have to be very sensitive about the pricing. He did confirm that the virtual item sales model would definitely be taken advantage of in India in the case of Ramayan 3392 A.D.

You can look forward to Ramayan 3392 A.D.MMO from Sony Online Entertainment and Virgin Comics sometime soon!