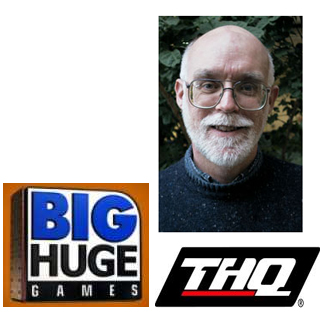 THQ has got into a developmental contract with Big Huge Games for a new Role-Playing Game (RPG) that is slated to hit the Xbox 360, PlayStation 3 (PS3) and the Windows PC platforms in 2009.

Ken Rolston, the lead designer of Big Huge Games is leading the team for the new project. His latest designs such as Elder Scrolls IV: Oblivion and Elder Scrolls III; Morrowind have won him enormous appreciation. The American has had a 25-year old tenure in the RPG arena. He started his career with popular pen and paper RPG’s Paranoia and Rune Quest and has gone on to create the highest rated, top selling RPG games across every relevant gaming platform. Elder Scrolls IV: Oblivion topped the sales charts in North America, as well as every major European market following the franchise debut in March, 2006.

“THQ has built its business by identifying the right content to compete and win in the genres gamers are most passionate about. Partnering with Ken Rolston and the rest of the team at Big Huge Games is a major win for THQ and marks a bold, first move into the traditional Role-Playing Game space,” said Kelly Flock, executive vice president of worldwide publishing, THQ .

“I’m flabbergasted by the talent, craft and boundless energy of the Big Huge Games team,” said an excited Rolston. “In such splendid company, I’m privileged to embark on a bold pilgrimage to create a refreshingly original RPG experience. I know eager game fans will share our excitement as we reveal further details in the coming months.”

“We’ve wanted to do an RPG for years and I think we have a great direction that will knock everyone’s socks off,” said Tim Train, president and COO of Big Huge Games. “THQ’s ability to create and grow new intellectual properties, and their reputation for fantastic developer support, made them the ideal partner to bring our dream game to market.”

Well, the names are big; the talents included to create the new game are the best ones around, only time will tell whether the game is equally breathtaking.