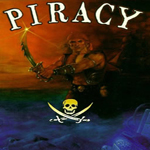 On Saturday, the Bulgarian police arrested two men on charges of being involved in the illegal distribution of music and films. The officials claimed them to be one of Europe’s largest internet pirate groups and this move can be regarded as a major triumph against piracy. An administrator and systems operator were arrested for putting download links to 20 million songs – which is around 3 million albums – and hundreds of films on the website http://www.arenabg.com/, one of Bulgaria’s most popular pages. 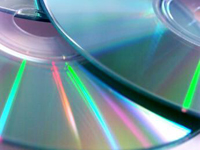 Users could download as many of the songs and films as they liked after paying a four lev ($2.50) monthly fee. Authorities estimate the damage to the entertainment industry at around $30 million. “These people are among the biggest Internet pirates in Europe,” said Liliana Yosifova, spokeswoman for the Sofia Investigators’ Office. “We are talking about big losses here.” Police also found three satellite receivers and 200 CDs with pirated movies at the suspects’ homes, part of what the Interior Ministry said was a high-speed network used to download new movies and songs from foreign pirate sites.

Software, music and movie piracy is widespread in the Bulgaria. According to analysts, it is linked to wide-spread organized crime, the biggest stumbling block to the poor Black Sea country’s efforts to join the European Union next year.

Brussels has warned Sofia to fix its intellectual property legislation and crack down on piracy, other types of organized crime and high-level corruption, or see its entry into the bloc delayed until at least 2008.