TechShout
Home Internet Sony officially confirms that there will be No PlayStation3 until November for... 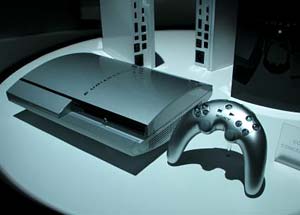 Sony, on Wednesday, confirmed the reports about it holding up the release of its highly awaited PlayStation 3 atleast till November. Sony officials also announced that the company will be simultaneously launching the PS3 in Europe, United States and Japan.

Nonetheless, Sony will be facing availability problems that Microsoft will most probably have solved with the Xbox 360 by the holidays, analysts say.

Sony claimed during the release that PS3 consoles would be manufactured at the rate of one million per month. Thus, the number of available units for the Christmas season may number less than one million per market, with wide-scale availability not occurring until well into 2007.

A lot of Sony’s breakdown to get the console into consumers’ hands by its anticipated spring 2006 release date can be owed to its Blu-ray drive, according to the Nikkei Keizai business daily. The concern is the copy protection technology used within the drive.

The PS3’s Blu-ray issues also throw a twist into Sony’s plans to offer an economical next-generation DVD player. The company is split in a fierce battle with Toshiba and HD DVD, who will have players out this month, and an HD DVD player for Xbox 360 is expected later in the year.

In a statement, Sony would not specifically confirm Blu-ray as being the problem, only praising the format’s specifications and saying “SCEI, together with the support and cooperation of game content creators around the world, will strongly promote the creation of a new world of computer entertainment available on PS3.”