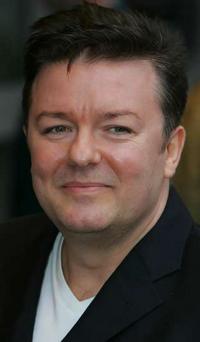 Multi-award-winning writer/comedian Ricky Gervais was presented with a certificate on Monday confirming that he is a world-record breaker for the most downloaded podcast. The podcast has been available since December on the Guardian Unlimited website (www.guardian.co.uk) and hosted by the Positive Internet Company to cope with the very high anticipated download levels.

Since he and his writing partner, Stephen Merchant, and producer Karl Pilkington, began producing the half-hourly podcast for download on the Guardian’s website in December, 2.9m downloads have been made – an average of 294,755 per episode. Essentially a radio programme without records or jingles, it involves chat about random subjects from how to make money to the roundness of Karl’s head. “It is my favourite thing at the moment. It’s gone worldwide; we’re big in the US, Australia, Canada, England, Iceland.”

Gervais also professes to be a fan of world records: “I read it when I was younger, I love the book. I always used to go to the animals first, the biggest this or the strongest that.” Unless there is a bigger downloaded podcast before April, Gervais will appear in the 2007 edition – possibly on the same page as the world’s first email, sent in 1971 by the man who also came up with the idea of using @ for addresses, Roy Tomlinson. Gervais’ appearance would confirm that podcasting, once of interest only to the weirdest of internet nerds, is big and getting bigger.

Gervais picked up his award yesterday, not at the Grosvenor House hotel, but in the public lobby of the Guardian’s offices in central London. He admitted his podcast had had a bit of a head start. “It’s a bit like Alexander Graham Bell getting the biggest telephone bill,” he said.

Gervais said he was to take a break from podcasting and focus on the second series of his TV hit Extras. On Monday the comedian also revealed that he is to write another episode of The Office – but only for US audiences. Gervais and Merchant have agreed to write an episode of the US version of the show, starring Steve Carell in the David Brent role, which has been signed up for a third season by the NBC network.