Delta Air Lines Inc. is all set to provide Wi-Fi connectivity to its fliers. The broadband access will be made available by middle of next year, announced the airline on Tuesday. 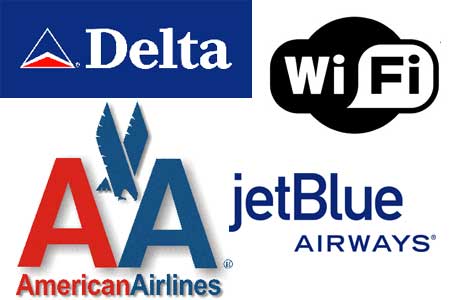 The internet connectivity will be provided to the airline passengers with a fee of $9.95 for three hours or shorter and $12.95 for longer flights. Apparently, Delta Airlines is not the only one that is thinking of providing the service and generating revenue from it. The other air-lines like AirTran also intend to take the same step.

“We have talked to several vendors for on-board Wi-Fi,” said AirTran spokesman Tad Hutcheson, reports ajc.com. “I think it’s something you’ll see in the future on many different airlines.”

Apparently, American Airlines and Tempe, Arizona based US Airways, will be providing internet to their passengers while they fly. American Airlines has planned to offer the service only on 15 of its 767-200 aircrafts. JetBlue Airways Corp, based in New York has been offering free Wi-Fi service to one of its airliners that flies transcontinental routes.

The Wi-Fi service for Delta is being offered by AirCell, a provider of airborne communication system. Delta’s 133 MD88/90 aircraft will be the first one to offer the service initially.