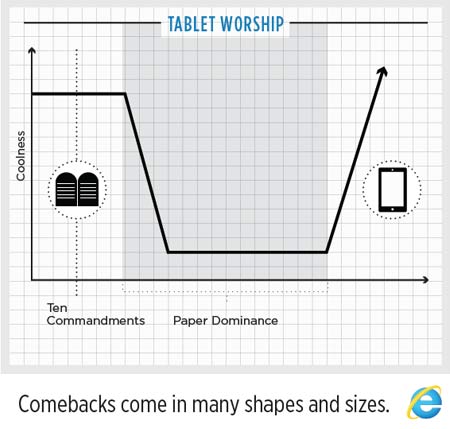 Internet Explorer 9 is seen making a comeback into the virtual space. The latest rendition of the web browser seeks to be part of the desktop once again and in an attempt to do so, it has brought along a few interesting features. Microsoft has unveiled a small Tumblr through which it hopes to make a comeback of sorts and apparently win back a significant amount of web enthusiasts.

While the company is busy outing its new offering, it has also showed that ‘comebacks come in many shapes and sizes.’ Microsoft further discloses that many Mozilla Firefox and Google Chrome loyalists have already added Internet Explorer 9 to the browsing bowl on their respective PCs.

Although they employ the aforesaid browsers for their general online tasks, these internet surfers are also pinning a couple of important sites to IE9. These include the frequently visited Pandora and Facebook options among others. According to the company, this feature enables users to acquire a more ‘app like experience’ while browsing the internet. 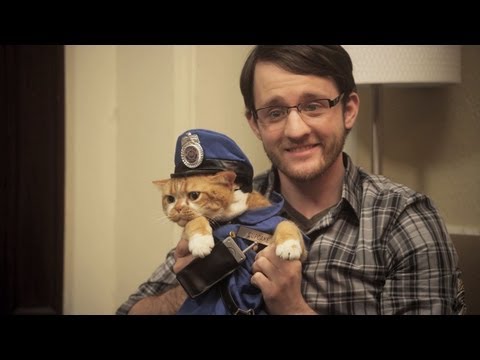 “Internet Explorer 9 in so many ways has been a turning point. We’ve been both humbled by its uptake on Windows 7 and by the response we’re hearing from our customers. And while there have been a number of pretty funny things said about IE’s past, it’s great to see those same enthusiasts bringing IE9 back into their browsing mix,” revealed Roger Capriotti, Director, Internet Explorer Product Marketing on the official Windows Team blog.

Through the release of a Tumblr site, it aims to show others just how popular IE9 is turning out to be. The company has even managed to laugh at itself a little by dubbing the new outing ‘browser you love to hate.’ Here, it has listed out all the positive feedback revealed by its happy customers. The current version’s amalgamation of its pinning feature with a clean site-centric UI has apparently made it the acme choice for carrying out daily tasks and allowing desired sites to be accessed with just a single click. 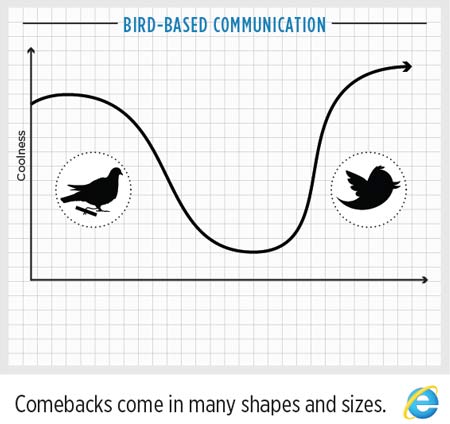 The post on the blog concludes by calling on internet surfers to add Internet Explorer 9 without necessarily doing away with their current browser choice.