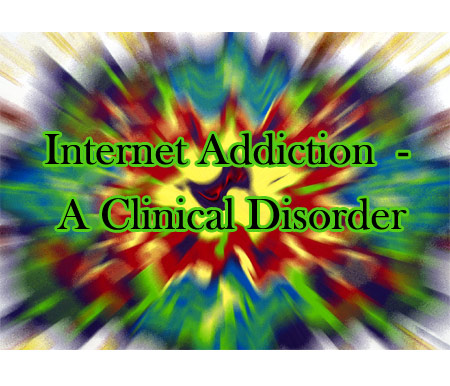 If you have made your internet-enabled PC, laptop or smartphone your best friend, then you need to watch out.

Dr. Block maintained that sitting on the internet endlessly could result in a compulsive-impulsive disorder which can actually be recognized as a clinical disorder.

“Then if you try to cut the cord in a very abrupt fashion, they’ve lost essentially their best friend,” he further added.

Dr. Block noted four significant symptoms that are sure to assure you or perhaps people around you that “you are an Internet addict”:

And just like any addiction, ironically internet addiction too is resistant to treatment. It involves several risks and often has high relapse rates.

In fact, it has also been noticed that a number of children are quitting their school or are perhaps showing weak academic progress owing to their internet addiction. And as though this wasn’t enough amongst the youngsters, adults too seem to walking out of their jobs to simply sit in front of their internet-enabled computer screens for longer.

Though the addiction of internet scenario is prevalent practically throughout the world, it has a major concentration in China and Korea. Stats prove that an average South Korean student in high school spends a whopping 23 hours per week gaming on the Internet. Furthermore, as many as another 1.2 million people are at an impending risk of Internet addiction and may seriously need counseling and such other measures to help cure them of this addiction.

The article is published in the American Journal of Psychiatry.

Well, too much of anything is not good, and anything done in moderation is sure to not be hazardous to anyone, may it be smoking, drinking or perhaps “internet addiction”.