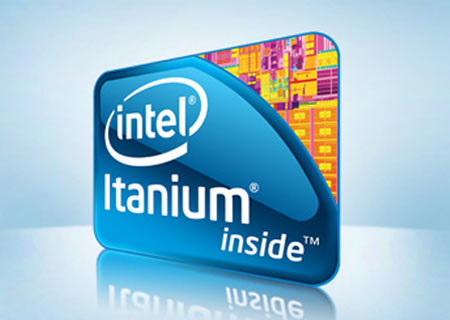 Reviving its Itanium series of 64-bit server-based processors, Intel during the Hot Chips conference announced feature additions made to the next generation Itanium CPU, codenamed ‘Poulson.’ With the range proclaimed dead, the Tukwila processor was supposedly to be last roll out from Intel in 2010.

According to the company the next generation Itanium CPUs will feature the 23nm process technology instead of the 45nm found in previous ones. With three new additions made, the processor is stated to be the first in its range to come with the Instruction Replay RAS capability that captures transient errors in execution through its expanded error detection by utilizing the new pipeline architecture.

Furthermore, resiliency is improved by the re-execution of instructions from the buffer queue to automatically recover from severe errors. The utilization of the aforementioned capability enables the use of another feature, the improved Hyper-Threading technology. Additionally, with its Dual Domain Multithreading support, the technology improves multi-thread efficiency by enabling independent front and backend pipeline executions. Also, to take the Intel Itanium Poulson processor to a higher level is the highly parallel nature of the EPIC architecture.

With the addition of instructions in four key areas, the CPU will come with new Integer operations, expanded data hints through the support of its high parallelism and multithreading capabilities alongside the Expanded Software Prefetch and Thread Control that lay the foundations of future growth needs.