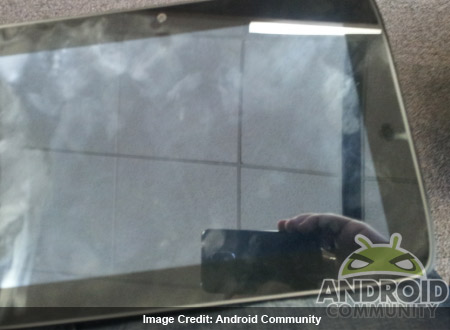 Someone apparently doesn’t care enough about an Intel Medfield developer tablet to bother selling it for more than $50. Recent pictures of the slate have surfaced along with something extra to mull over in terms of specifications.

For those who haven’t been clued in, Intel Executive VP, Sean Maloney was seen elaborating on the 32nm Medfield platform for smartphones and slates among other things, way back in June 2011. A fresh post on Android Community attaches pictures of a tablet using the said mobile processor and SOC. Apart from photos of the device caught in the wild, benchmark results and a few details in terms of specifications have also been leaked.

The 10.1-inch gadget should arrive with Android Honeycomb and sip off the Intel mobile CPU. Unconfirmed rumors confess that the dual core processor could be clocked at 1.6GHz and also deliver graphics capable of making the Nvidia Tegra 2 chip cry for shame, or something along those lines. It is even said to be capable of outperforming the 1.5GHz dual core Qualcomm S3 processor which has already made its way onto smartphones. 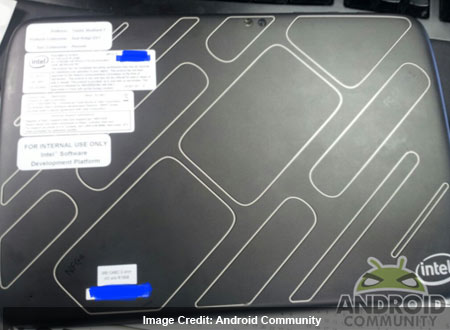 Perched along the edges are the usual keys for powering the device on or off and adjusting the volume as well as a headphone jack. Apparently, the slab won’t juice up over USB, but will require a third-party power port. Its base is touted to flaunt three connections, one for the wired power, another for mini HDMI and the last for microUSB. From the sneak shots, it appears to flaunt a pretty thin profile and word in is that it the overall build is balanced off nicely with the weight.

There’s nothing official on the story as yet. So we’re just going to keep our eyes peeled for more on this front.