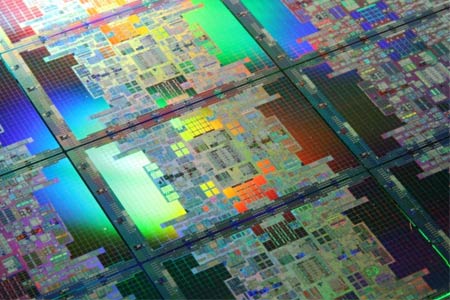 Mission-critical environments put reliability and serviceability enhancements throughout the processor and platform high up on their list. Intel claims to do just that with the release of its latest processor series dubbed Itanium 9300. Codenamed ‘Tukwila’, the processor seems to up the ante for both scalable and resilient mission-critical computing.

Offering over twice the performance of its predecessor, the processor seemingly boosts scalability. Adding reliability attributes to Intel’s Itanium platform, the 9300 incorporates nearly two billion transistors. With twice as many cores as its predecessor four versus two, it also allows eight threads per processor via the advanced Intel Hyper-Threading Technology.

Equipped with the second generation of the Intel’s Virtualization technology, the processor ensures improved performance and robustness. I/O devices can be directly assigned to virtual machines thanks to its Intel 7500 chipset, further surging efficiency. The company further reveals that OEM systems which have their roots on the 9300 processor series will be binary-compatible with existing software. They should also be able to deliver major performance improvements minus any additional software optimization.

“Intel is committed to delivering a new era of mission-critical computing, and we are delighted 80 percent of Global 100 companies have chosen Itanium-based servers for their most demanding workloads,” mentioned Kirk Skaugen, vice president Intel Architecture Group and general manager Data Center Group. “Intel is continuing to drive the economics of Moore’s Law into mission-critical computing with today’s Itanium 9300 processor announcement, more than doubling performance for our customers once again.”

Enthusiasts can also brace themselves for the next Itanium processor codenamed ‘Poulson’ which will be tailored to add a superior multi-core architecture along with instruction-level and hyper-threading enhancements. New reliability features and more are underway for this series. Presently, future Intel Itanium processors in development are being fabricated for socket and binary compatibility with Intel Itanium 9300 processor-based systems and software.

An array of platform ingredients like Intel QuickPath Interconnect, the Intel Scalable Memory Interconnect, the Intel 7500 Scalable Memory Buffer and I/O hub will be shared by the Itanium 9300 processor series and the future Intel Xeon processor, codenamed ‘Nehalem EX.’ Besides, an improved form of Demand-Based Switching (DBS) helps keep power consumption to a minimum when utilization is low. The Intel Turbo Boost Technology additionally senses and adapts to offer the appropriate performance boost when needed automatically.