Intel Classmate to be Available in US and Europe 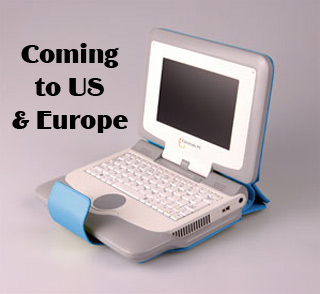 Intel has announced its Classmate PC in the US and European markets. Classmate is a low-cost PC targeted at school children, which was launched in India last year.

The Classmate PC is powered by Celeron M processor, and features a 7-inch screen, 512 MB RAM with 1GB and 2GB flash memory.

However, the device has now gone beyond its “noble” cause and will be available for commercial purposes too. Intel will now sell the tiny computer for estimated cost of $250 to $350.

Before making this announcement, Intel had carried a pilot project at some schools in the United States and Australia. The low cost PC from Intel is expected to hit the market by the end of 2008.