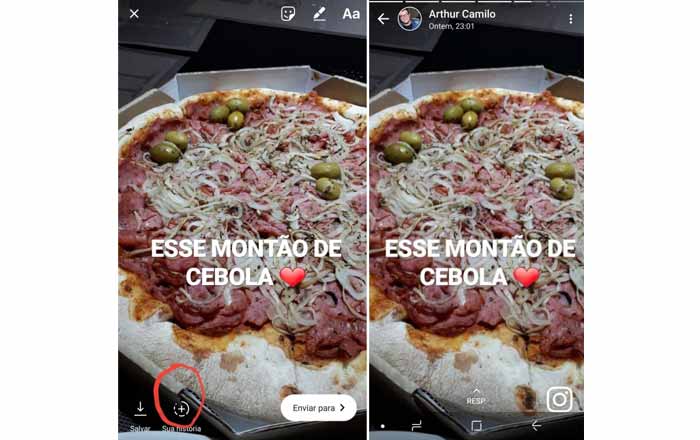 WhatsApp and Instagram don’t have much to do with each other except for the fact that both are owned by Facebook. This may change soon though, as reports have begun coming in of the latter’s Stories feature making its way to the former.

Instagram Stories lets users string a bunch of images and videos together in a slideshow format. It’s pretty popular, boasting of over 300 million daily active users. Facebook took notice of this last year, allowing people to directly cross-post their Story to Facebook.

Now the social media giant is looking to do the same for WhatsApp. TechCrunch reports that a small number of users can currently port their Instagram Stories to WhatsApp as a Status. It’s still in its initial test phase right now, with no word on whether it’ll eventually hit wide release.

The WhatsApp-Instagram tie-up was noticed by a Brazilian blog a few days ago. The screenshot on the left is from Instagram, while the one on the right is from WhatsApp. There’s an Instagram icon on the reposted Story which now lives on as a Status for 24 hours.

This cross-posting could be useful for people who want to share their experiences on both Instagram and WhatsApp without having to double post the same content. After all, the duo has different audiences who may not be on both apps. The downside is that individuals might get sick of seeing the same Stories on the two platforms.

In any case, Facebook wins since two of its most popular apps will be boosting each other up. We’ll let you know when Stories can hop on over to WhatsApp for everyone.