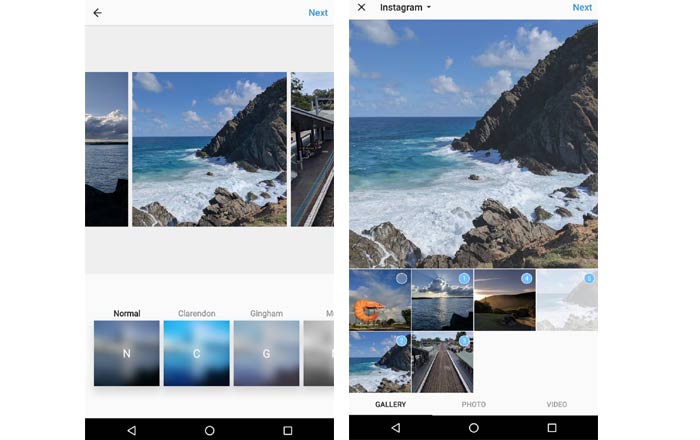 Instagram for Android beta version 10.7.0 contains an interesting addition which could prove very useful for its users. The app seems to be testing a new tool which lets people assemble multiple photos in one post.

Instagram actually launched this feature for advertisers in March 2015. It looks like regular consumers will be getting the ability now too. In its current beta form, it allows people to select up to 10 images from their gallery and post it as a set. The feature is similar to parent company Facebook’s system.

Instagrammers can either choose to place a general filter for all the photos chosen or customize the look of each. A person viewing the album will be able to slide through the assembly and like pictures. However, the facility is somewhat limited right now. It lets testers make an album, but won’t post the compilation into their timeline.

Also See: Instagram to be invaded by more ads, this time in Stories

This is to be expected given its experimental nature. Instagram is likely fine-tuning it to make sure it’s up and running soon. It’ll be interesting to see how the addition is received by users. It’s probably meant to serve as a way to increase user engagement by letting people have a more convenient option when they want to share multiple pictures.

Instagram recently announced that it would be pushing out Live Stories on a global scale. The Snapchat-style format lets individuals share real-time footage for up to an hour, but deletes the stream the moment it ends.