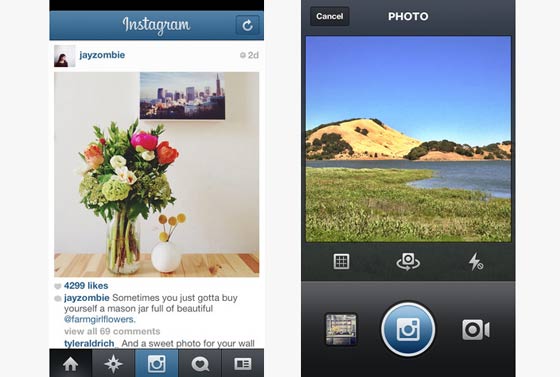 It’s been some time since Instagram was updated with the Vine-shaking video feature and now a new iOS version of the app has brought in front camera Cinema and landscape mode support. Those inescapable unspecified improvements and bug fixes which accompany every other upgrade are also featured in this v4.0.2 of the app.

The landscape mode support may not make sense right away since Instagram limits you to a square picture anyway. But for the hundreds suffering from shaky camera hands, the ability to shoot from the iPhone in a more comfortable manner is a welcome update. Users can look forward to capturing photos as well as videos in landscape orientation.

The other big enhancement is the Cinema support for the front sensor. A small camera icon had been added to the Instagram app on iPhone 4S and iPhone 5. This is a video stabilization effect with which clips can be touched up after they are shot. Well, it has now come to the front lens too.

On a side note, Vine was seen parading around front camera support almost a week ago, in an obvious attempt to keep users from straying and possibly attracting more people. We’re not sure of how lucky it got with that, but the unobtrusive nature of the video addition to Instagram is unlikely to drive users away from the service anyway.