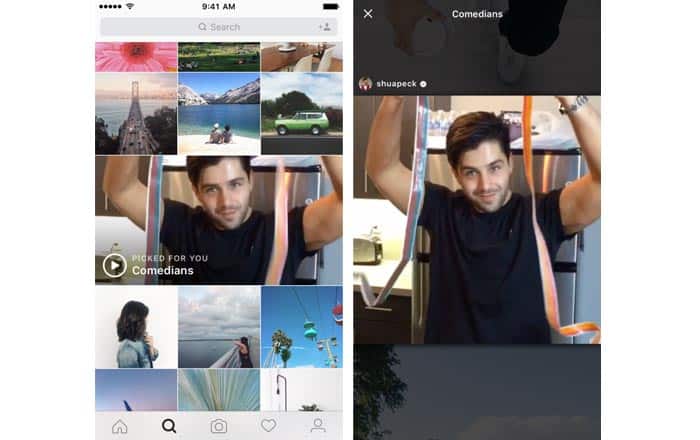 Instagram has rolled its first major update since its infamous algorithm-based feed system went live and drew the ire of its user base. The new Picked For You channels for videos falls in line with the same concept of grouping things according to what an individual’s interests are.

Instagram claims that the total time its patrons spent watching videos on the platform has increased by 150% over the past 6 months. The new Picked For You videos are meant to capitalize on that momentum. Parent company Facebook had adopted the same attitude months ago and has been aggressively pushing its video content to its users ever since.

The Picked For You channel will be housed within the Explore tab. The videos are supposedly filtered according to a person’s favorite topics and are grouped according to offbeat themes such as Comedians, Comic Book Artists and Trickshots. The space is apparently going to feature the best videos from around the world based on things a person finds interesting.

Another major new change within Instagram’s walls is the addition of a translation button. This fresh tool will appear on feed stories and profile bios which are in tongues different from the one a consumer speaks sometime in July. Facebook has been doing this for a long time now. It makes sense for the former given its global user base.

Instagram has over 500 million consumers around the world, with more than 300 million of them utilizing Instagram every day and 80% staying outside the US. Only the US will be getting the Picked For You video channel as of now. The company is currently working on global availability and plans to push it out soon.