Polaroid photographs were most probably the main inspiration behind square images which have been synonymous with Instagram since its launch. A major change has just been heralded by its makers however, by allowing pictures and videos to be uploaded in both portrait as well as landscape orientations.

An update has been issued by the Facebook-owned company for its Android and iOS apps, which allows you to share more portions from your media rather than having to crop them mandatorily. Instagram will of course still continue supporting square images like it always has.

Its developers have observed that nearly one among five photos or videos shared on the service are not square in shape, as they are pre-edited via different apps which leave white spaces around the images to fit more portions into the shape. Such apps will definitely be feeling the heat now that Instagram itself has added such a feature. 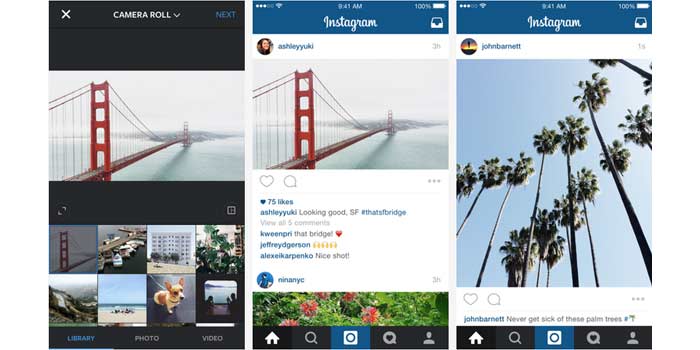 What’s more brilliant is that landscape and portrait images uploaded via the newly unveiled trait don’t even leave white spaces around the pictures, as can be seen in the image posted above. In order to access this new Instagram addition, you need to upload the image or video via the app itself and look for the new format icon on the left hand side.

If you upload your media through your Gallery app or if you capture it via the app’s very own camera, this feature won’t work. In your feed, all the images and videos will initially be showcased in squares, but they will expand once you click on them; if they happen to be of any other orientation that is.

The updates which add this new feature to Instagram are live now on the Google Play store and the Apple App Store.