Instagram now lets you save posts into Pinterest-like collections

Instagram’s been aping Snapchat for a while now, introducing a ton of features first seen on the latter. Now it looks as though the Facebook-owned app is turning to Pinterest for inspiration.

Instagrammers on iOS and Android will now be able to save posts into private collections. The new tab appears within the Saved window, appearing next to All. They can tap on the plus icon located in the top-right corner to create a new group and add images from their currently saved photos and videos.

To save something directly into a collection, a user would have to tap and hold the bookmark icon beneath a post. They can either create a new one or add the post to an existing album. Only they can see what they’ve gathered since all saved media is private.

Pinterest comparisons aside, the new feature may just prove useful to Instagram enthusiasts who won’t have to scroll through an endless list of saved posts to find that one photo of an outfit they want to buy. They can just save it to a shopping collection instead. 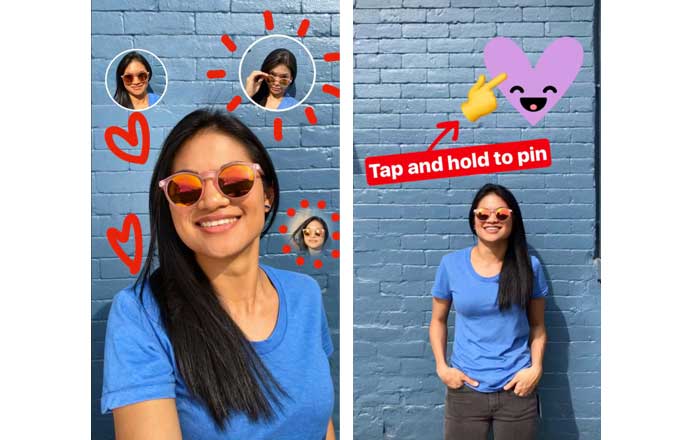 Instagram claims that 46% of its user base have kept at least one post for later viewing since the ability made its debut. It had previously asserted that over 200 million people were utilizing its Stories feature. This was a big deal considering Snapchat’s original version only had about 158 million users as of February 2017.

Instagram accompanied this milestone with a slew of new additions. Chief among them is a new selfie sticker option which lets individuals turn themselves into a sticker. There’s also a Pin tool which lets them place a sticker or text on a specific part of a video and have it move around as the video plays.