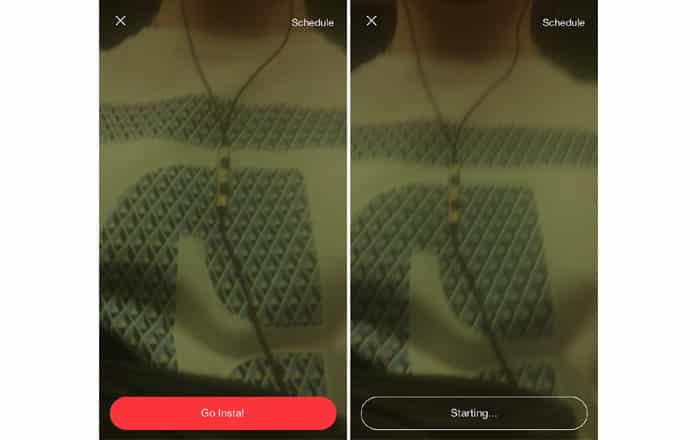 Instagram is all set to get a new live video broadcasting feature if a news report out of Russia proves to be accurate. The tool has supposedly floated to the surface in the app’s beta avatar and appears to be in testing.

The introduction of live videos makes sense considering parent company Facebook’s enthusiasm for the medium. The social network has been aggressively pushing forward its real-time video agenda all year in order to make sure it becomes a mainstream success.

Instagram’s take on live videos appears to be relatively simple. The feature seems to be embedded within its Stories section. A prominent red ‘Live’ banner can be seen circling one member’s name at the beginning of the feed. T Journal also leaked a few photos of what the expected user interface for beaming out the videos could look like.

Based on the images, Instagrammers just have to tap on a red ‘Go Insta!’ button to go live. There’s also a schedule option in the top-right corner. The company hasn’t confirmed the fresh development as yet. It seems like a natural step forward for the photo sharing app as it’s been focusing on video content for quite a while now.

Instagram Stories first came to prominence earlier this year as a rival to Snapchat’s disappearing style of sharing. The former recently made the leap to the application’s Explore tab to reach a wider audience. The addition of live videos makes sense to a certain extent since Stories is supposed to give out a more immediate vibe.