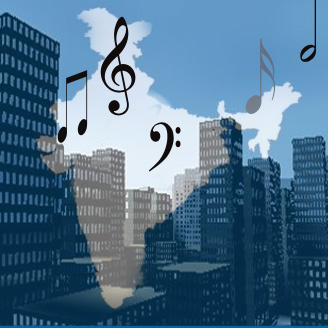 India may soon get itself the very first ‘Digital Entertainment City’ which will be located in Hyderabad. This city of the future is expected to house animation and gaming companies, film production houses, music and TV studios, training academies, regulation support office and even an entertainment and an exhibition complex.

The Government of Andhra Pradesh together with Suresh Productions, Gemini TV, FXLabs and DQ Entertainment. As per an agreement, the government plans to allot a big enough plot of land in Hyderabad for this very project.

According to S.K. Joshi, IAS, Secretary to Government, Information technology and Communications Department, “The Digital Entertainment City will facilitate the development and establishment of a world-class infrastructure to encourage the growth of the animation, gaming, television, film, multimedia, radio, music and new media industries in the capital state of Andhra Pradesh.”

Sashi Reddi, Founder and Chairman, FXLabs, said, “The government of Andhra Pradesh is showing great vision and leadership with this initiative. Within 10 years, Hyderabad and AP, will become one of leading global centers for media and entertainment. Given the support from the industry, this initiative has the capacity to revolutionize the competitive landscape and I and FXLabs are proud to be associated with it.”

Further, it is known that a training academy for various courses in digital entertainment is slated to be launched this June. Initially, the courses offered in the Digital Entertainment City will cover animation and film production.

The first phase of the Digital Entertainment City in Hyderabad is scheduled to be ready by December 2008.