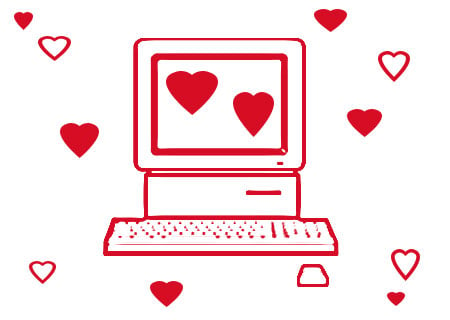 After the Chinese, the Indians have come under the spotlight, where a latest Norton Online Living Report states that 86 per cent of Chinese are more likely to make friends online followed by Indians (86 per cent) and Brazilians (82 per cent).

So if you thought you were the only one seeking love and friendship over the world of internet, then re-consider that thought as you may have company. While the social networking sites are on the rise, today’s youth prefers befriending and seeking love through the most easily available platform called the ‘Internet’.

The online living report is a large study which involves data from 12 countries and interviews with over 9000 parents and children. The main aspects that the survey focuses on are safety issues, parental control issues, time spent online, relationships, learning benefits (or drawbacks) from online living, and also studies the importance and value that is attached to online living.

“In India, we have witnessed a frenzy of online activity via social networking—from rediscovering cousins across the world, to virtually ‘friending’ friends and acquaintances and even rekindling old flames,” mentioned Gaurav Kanwal, Symantec Country Sales Manager (India – Consumer Products and Solutions).

The surprising fact was that seven out of 10 respondents worldwide mentioned that the World of Internet has improved their relationships. The report also observed that men tend to have more online friends than their female counterparts, and three in four have also met their online friends in person. Apart from this the Norton Online Living Report noted that one in four have shared a secret online relationship and one in four find it convenient to discuss touchy subjects online as compared to face-to-face or phone conversations.