Indian scientists to unveil a $10 laptop! 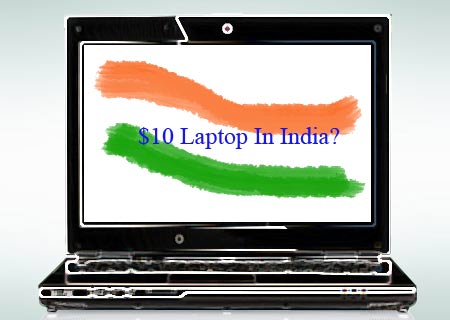 How cheap do you think a laptop can get? Well, can you stretch your imagination to a $10 price-point? Right, that is how cheap it has gone and it happens only in India!

Indian scientists, after working upon the project for three years have come out with $10, which comes out to be Rs. 500 worth of a laptop for a noble cause of National Mission Education. The notebook will be reportedly put on display at Tirupati in the state of Andhra Pradesh in India, on Tuesday, February 3rd, 2009.

“At this stage, the price is working out to be $20 but with mass production it is bound to come down,” R. P. Agarwal, secretary, higher education said, reports Times of India.

And what all will it bring in the given price? Its specs read as 2 GB RAM, Wi-Fi or Ethernet connectivity, expandable memory, 2W of power consumption. Further details are yet to be announced.

Apparently, the laptop will be named as ‘Sakshat’ and will be bringing in a computer revolution of sorts in the country.

The last known cheapest computing device which was in the news was Nicholas Negroponte’s $100 laptop meant for the “One Laptop Per Child” plan. It was developed by Massachusetts Institute of Technology (MIT). However, the project took a beating due to various reasons one of which has been cited as faults in production.