India Robot Olympiad 2007 to be organized by Techtronics 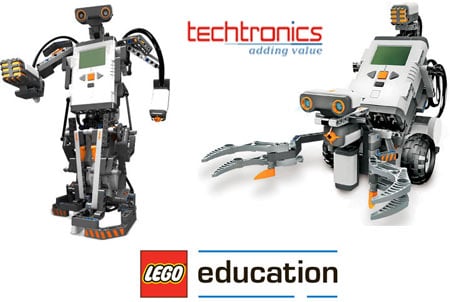 The formal announcement was marked with a mega Robo Show at Innovision 2007, the annual fest of Netaji Subhas Institute of Technology (NSIT), New Delhi. The Robots were constructed based on Lego Education’s “Mindstorms NXT for Schools”

According to Mr. Sudhanshu Sharma, Managing Director, Techtronics (India), “We are extremely excited to announce the India Robot Olympiad 2007, the qualifiers for the World Robot Olympiad 2007. We have had a tremendous response to the LEGO Education’s robotics sets from various schools across the country and we are training teachers and developing robotics clubs in schools all across India.”

At Innovation 2007, different kinds of robots were created from the “Lego Education Kits”, which have the power to see, touch and hear using sophisticated sound, ultrasonic, touch and light sensors.

Mr. Kalia, “Robotics is an exciting field that integrates science, engineering, mechanics, electronics and programming. It encourages students to learn while building and constructing. It develops problem-solving, team-working and creativity in students and brings out their potential.”

The Innovation 2007 show consisted of many different robots performing simple to complex tasks like a simple line follower which could follow a black line to more complex ones such as “Smart Bot”- which could parallel park itself between two previously parked “Cars”.

Yet another rone called “Train of Alishan” was designed and programmed to locate and collect a coke cane and return to home, while negotiating steep incline.

Interestingly, there was a robot called the “Chak De” bot which could identify and hot only a red ball. Further down the line came the real show stealer “Alpha-Rex”, a Biped robot that could see, touch, hear and walk on two legs exactly like us humans!

Techtronics is training teachers and developing robotic clubs in schools all across India. LEGO Education’s products are specifically designed for schools and come complete with teacher resources, training and course manuals making these products more suitable to education. We are adding value to the education process by introducing these activity oriented courses in schools,” concluded Mr. Sharma.