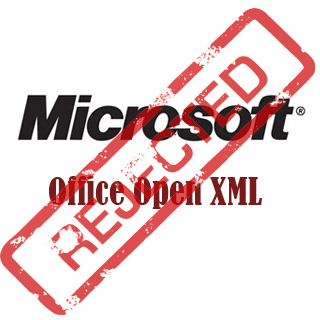 Microsoft India is upset over Bureau of Indian Standards (BIS) rejecting the Office Open XML file format as a standard.

All the same, Microsoft India will continue working with the Indian government to accomplish its “stated goal of technology neutrality”.

On Thursday, in a meeting of the Bureau of Indian Standards technical committee, while 13 members voted against the standard, five members voted for making Open XML a standard. The 13 who gave a “No” vote include the Department of Information Technology (DIT), National Informatics Centre (NIC), CDAC, IIT-Mumbai, IIM-Ahmedabad, Red Hat, IBM and Sun Microsystems.

The software giant expressed its gratitude for all the leading names that supported it.

In a statement, Microsoft India stated, “While we are disappointed with the decision of the BIS LITD 15 committee, we are encouraged by the support of IT industry players like Nasscom, TCS, Wipro and Infosys who voted in favour of Open XML becoming an ISO standard.”

BIS is the founder member of International Organization for Standardization (ISO), and represents India at the ISO.