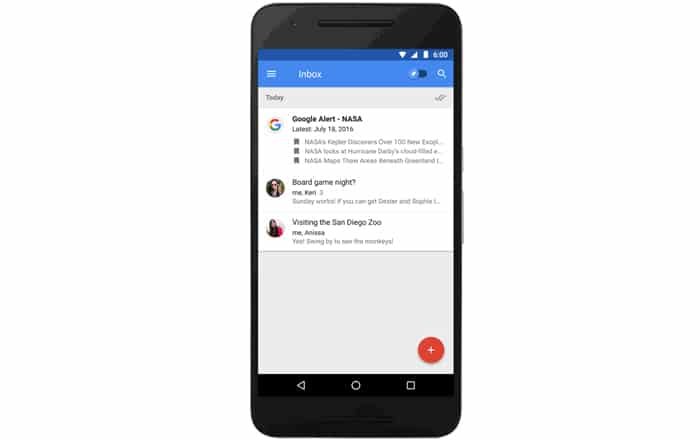 Inbox by Gmail has just gotten updated with a slew of useful new features meant to make multitasking easier for its users. The upgraded version of the app is rolling out now for Android patrons.

The biggest change in Inbox by Gmail is the added support for popular software collaboration platform GitHub and project management application Trello. People who utilize the former will now get a summary of code changes and filed issues for each repository.

Members of the latter are set to receive an overview of what’s new in their Trello projects so they can easily stay up-to-date with any modifications. Inbox by Gmail has also come up with a neat new approach towards presenting Google Alerts to users so they can keep in touch with topics they’re interested in.

They can now scan through Google Alerts like a newsletter. Fresh notifications are summarized within the app interface itself. If the user wishes to read more about one of the topics, they can tap on it to read more. If they’re not concerned with the news, they can just mark it as done.

Google has also added a number of updates which come courtesy user feedback. People who utilize Google Drive can now insert Drive links directly into emails. They’ll also have the power to check and resolve permissions for those links and save email attachments to the cloud.

Moreover, Inbox by Gmail now lets consumers conveniently drag-and-drop contacts between to, cc and bcc in the compose on web mode. Finally, the update further allows them to delete mails straight from the inbox, similar to how messages can be marked as done within that window.

You can download Inbox by Gmail via the Play Store or App Store.