More images and specs of the HTC Desire 8 have surfaced

HTC’s all new One smartphone isn’t the only device making headlines as the company’s upcoming phablet, the Desire 8 A5, has been leaked multiple times. What’s more, the company has been teasing the device on Sina Weibo where images and hints about its launch have been provided.

The latest leak comes via EvLeaks who has managed to get his hands on a good deal of specifications of the HTC Desire 8 handset. The phone will also go by the model number A5. Based on the information tweeted by the leakster, the phone will have a 5.5-inch design and mid-range specifications, making it a smaller alternative to the 5.9-inch One Max. It will be equipped with a Super LCD 2 touchscreen and it will deliver visuals in 720p HD resolution. 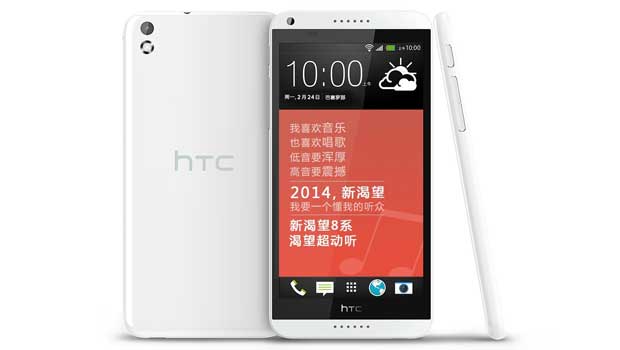 The front will also sport a 5MP camera, while the rear will have a 13MP snapper. Additionally, the HTC Desire 8 has been confirmed to carry BoomSound speakers. The innards are pretty decent as well. The phone will be deployed with a quad core Snapdragon MSM8928 processor clocked at 1.6GHz, 1.5GB of RAM, 8GB of storage and a microSD card slot.

There’s no mention of which version of Android will run the show, but it’s likely to be 4.4 KitKat considering that the device will have Sense 6.0 preloaded. So far, we’ve seen images of the HTC Desire 8 in purple and white shades, but the leak also notes that the phone will arrive in color options of red, yellow and black. 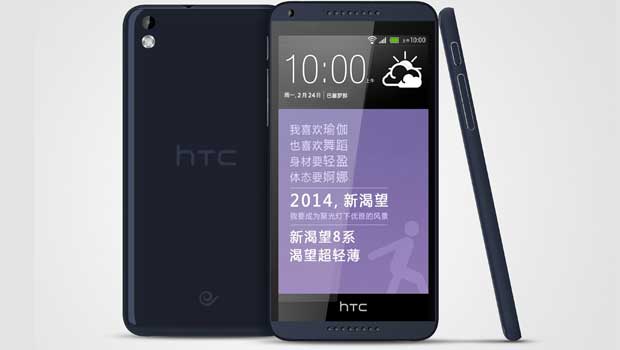 The new teaser images of the HTC Desire 8 suggest a February 24 launch which is just a few days away. The phablet is expected to go official in China on March 18. 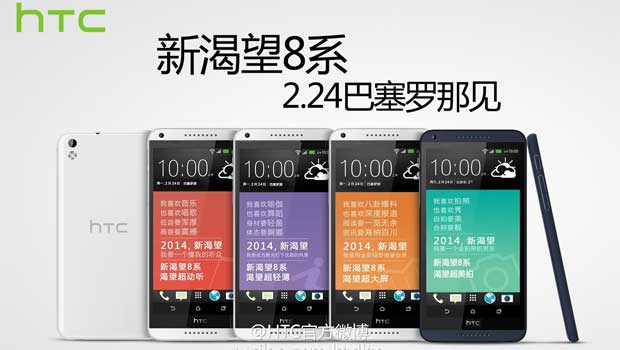 Here are all the leaked specs: