Here are images and specifications of the Lumia 525, a.k.a Nokia Glee handset

We’ve been hearing of a Lumia 525 smartphone which was initially known as Nokia Glee, for months now and finally, a good deal of information about the handset has managed to hit the web. Along with concrete details that include the specifications, images of the device have also been spotted, courtesy of China’s TENAA mobile certification website.

The Lumia 525 is expected to be the successor of the popular Lumia 520 smartphone which sold like hot cakes around the globe. Based on the codename Glee, you can expect Nokia to tout the handset as a music-oriented addition to its Windows Phone lineup. We’ve seen the device leak in the past and what we know so far is that the phone will have a 480 x 800p display. 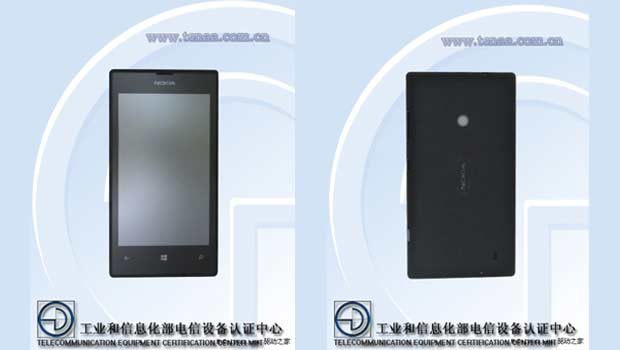 After a bit of digging, Mydrivers has managed to stumble upon a list of specifications. Based on it, the Nokia Lumia 525 will come with a dual core Snapdragon S4 processor clocked at 1GHz. The device will measure 119.9mm x 64mm x 11.2mm and weigh 124 grams and it also looks very similar to its predecessor. While the rear camera is still at 5MP, the RAM onboard has been doubled from 512MB to 1GB.

The Lumia 525 is the third leak of today. We recently seen the Lumia 929 for Verizon show up along with detailed specifications and there’s a rumor going around that Nokia plans to launch a second tablet powered by Windows 8.1 RT which falls in the 8-inch segment.

The Lumia 525 is expected to retail for around 1,299 Yuan ($214), but the main question here is – Will it go official through Nokia or when Microsoft takes over early next year?