There have been multiple rumors of Samsung working on a new Tizen smartphone which will carry the name Z2. And while a lot of information on the device is already know, alleged images of the handset have also leaked out, giving us a small peak at the new design.

From what we can see, the Samsung Z2 will offer a design similar to what you’d see from the company’s Galaxy Android lineup. Actually, the handset looks a lot like the Galaxy S3 from 2013 and we wouldn’t blame you if you assumed the phone shown below is running Google mobile OS.

The upcoming Tizen device will also be an affordable release like the Z1 which, by the way, has received another price cut in India making it available at just Rs 4990 through the company’s online store. Tizen Experts is the source of the leaked images and notes that it will have hardware (see below) slightly better than what the current model has to offer. 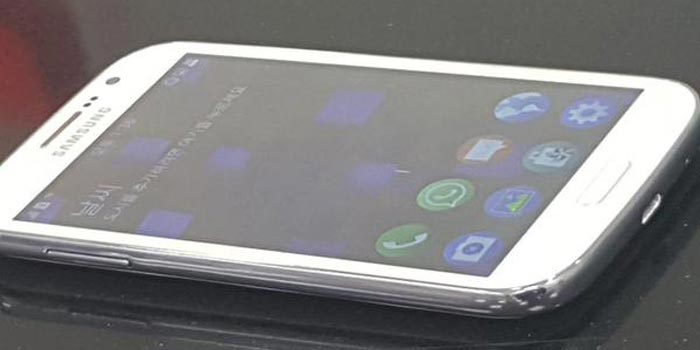 The same source also previously disclosed that the company is working on a Tizen device for the global market. This phone will be a beefy release unlike the Z2 and it will most likely have a 4.8-inch AMOLED display, 2GB RAM, an 8MP main camera and a 2600mAh battery. The device is expected to go on sale in India and other locations including South Asia, the EU and the US.

Here’s all we know about the Samsung Z2’s specs:

The Samsung Z2 smartphone will be released during 1H 2015, that’s before June comes to an end.