The IE11 Developer Preview edition for Windows 7 is now being seeded from the company free of charge. Microsoft had previously announced the latest version of its browser almost a month back when the pre-release version of Windows 8.1 was made official and now, it has taken the first steps of bringing the latest technology to the earlier platform.

In brief, the company asserts that the IE11 Developer Preview browser will deliver improved performance by reducing the amount of time taken by pages to load, providing better support for modern website through the inclusion of new standards, and overhauled F12 developer tools on Windows 7. Well, these are just the start as a lot of improvements have been carried out. Some of the main highlights of the IE11 Developer Preview include hardware accelerated 3D web graphics through support for WebGL and HTML5 video playback without the need of installing plug-ins. JavaScript performance has been augmented as well. 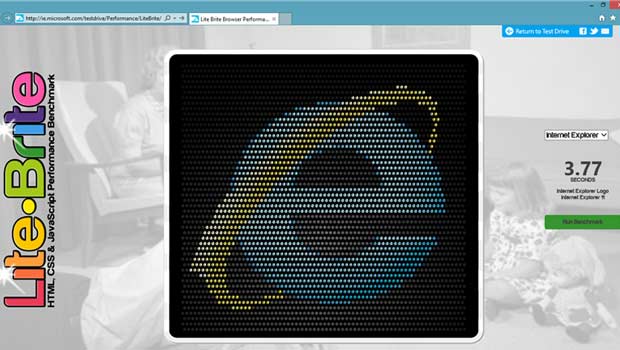 This release running on Windows 7 is around 4% faster than IE10 and 30% quicker than the top competitor. These estimates are based on the WebKit SunSpider benchmark tool. The company is also providing a guide for coders which has a full list of the latest features incorporated within the IE11 Developer Preview browser.

The IE11 Developer Preview browser for Windows 7 can be downloaded thorough the company’s website and it’s said to work with both 32- and 64-bit systems with Service Pack 1 or higher installed. Do note, this pre-release is primarily meant for developers and may not function to its full capacity. A Consumer Preview version is expected in the coming months.