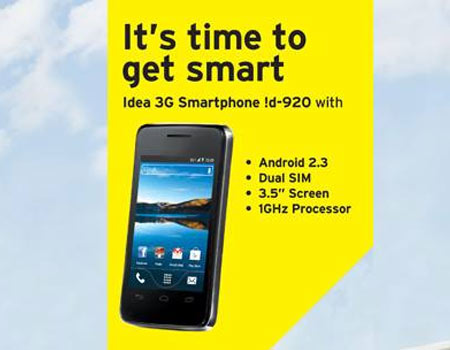 Idea has released the ID 920 and the Aurus III in India and it is quite visible that each of these dual SIM smartphones caters to the needs of users belonging to diverse sectors of the market, after taking one look at their varying price points. Hailing from the manufacturer’s two different 3G series, both happen to be budget-friendly Android handsets. However, the first phone offers relatively modest components as compared to the second gadget.

Revealed in order to satiate the needs of those hunting for their first smartphones flaunting inexpensive price tags, the Idea ID 920 comes with the Android Gingerbread OS. It gets its kick from a single core processor clocked at 1GHz, while a 1,400mAh battery delivers it with juice to stay up and about. A 3.5-inch capacitive touch display resides on the front panel, churning out visuals at a resolution of 320 x 480 pixels. 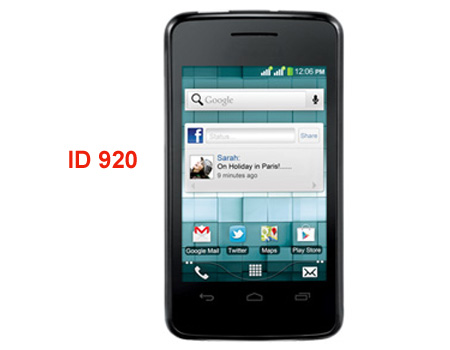 Unfortunately, the only source available for capturing pictures and recording videos is the rear-facing 2MP camera. The phone offers 512MB of inbuilt memory card, out of which 100MB has been made available to owners for storing content. If users find their hoarding desires exceeding the available memory, they could hope to bump up the overall storage capacity up to 32GB by slipping a microSD card into the expansion slot.

Coming to the Aurus III, the device has been bundled with version 4.1 of Android and should fall in the wishlists of people looking forward to upgrading from their existent smartphones. It proffers shelter to a 4-inch TFT capacitive touch screen with a 480 x 800 pixel resolution. Just like the aforementioned handset, this one too comprises of a 1GHz single core processor. 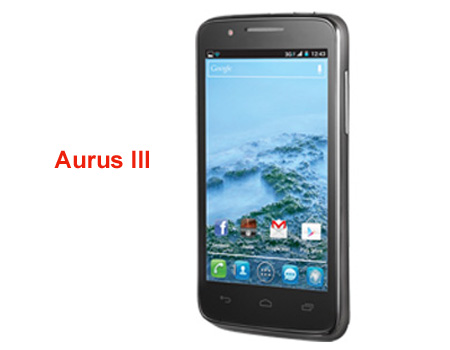 Other components plunked onto the device include a 5MP primary camera, a VGA front-facing webcam, 4GB internal storage space, which can be increased up to 32GB via a microSD card and 512MB of RAM. The integrated 1,400mAh battery should be able to render roughly 7 hours of talk time to 2G users and up to 5 hours of the same to people on 3G. If left on standby, the handset can survive for up to 350 hours on EDGE and 254 hours on WCDMA networks.

The Idea ID 920 has received a price of Rs 4,950, while the Aurus III can be purchased for Rs 6,990. Specifically for 3G owners, the company has packed each device with data usage offers which start at Rs 261.